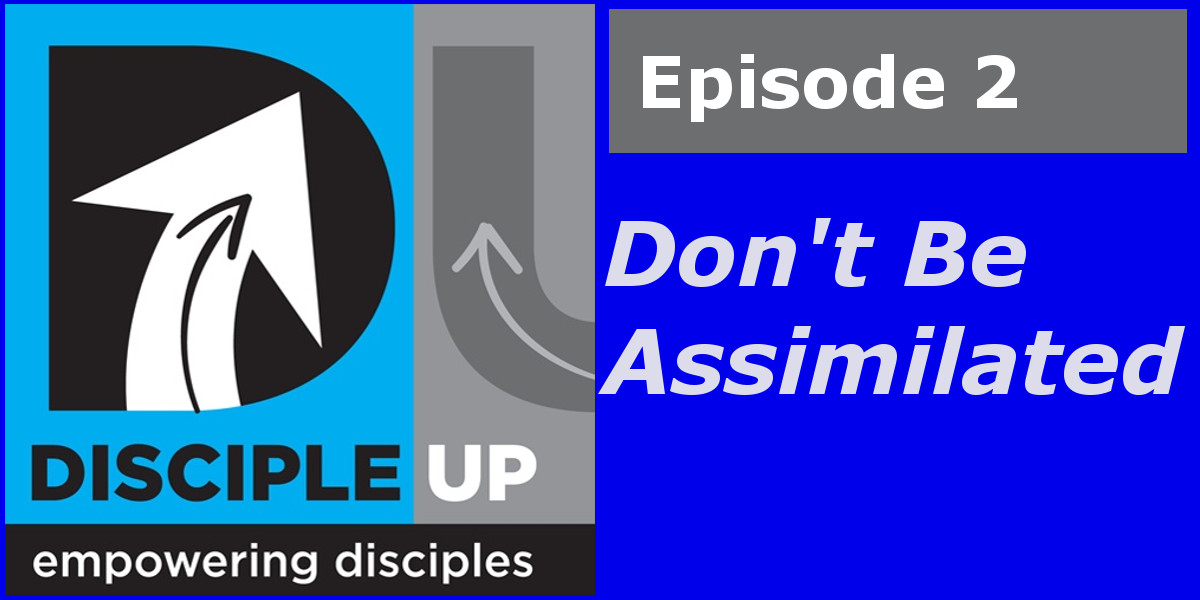 The Disciple of Jesus VS Selfism

Being a disciple of Jesus is a radical departure from our culture of selfism. Selfism = believe in yourself, etc.

23  And he said to all, “If anyone would come after me, let him deny himself and take up his cross daily and follow me. Luke 9:23 (ESV)

How does this square with Phil. 2:5-7:   “Have this mind among yourselves, which is yours in Christ Jesus, who though he was in the form of God did not count equality with God a thing to be grasped, but emptied himself, by taking the form of a servant,”

But at the same time we’re told that “Where ever you go there you are,” and “You are your biggest problem.” So which is it? According to the greatest leader, thinker and teacher of all time – you need to become selfless!

Jesus says to listen to your doubts when you think I can’t do it, I’m not able. Because they are telling you the truth! You cannot save yourself and you cannot become like Christ by yourself. The main problem all of us face is more than psychological it is spiritual. Problems go beyond what any of us can deal with except God alone.

For whoever would save his life will lose it, but whoever loses his life for my sake will save it. Luke 9:24

AA 1st Step: We admitted we were powerless over alcohol that our lives had become unmanageable. Christianity isn’t self-help – it is self-surrender, self-denial, dying to self and living to God.

John Stott was born in London in 1921 to Sir Arnold and Lady Stott. He was educated at Rugby School, where he became head boy, and Trinity College Cambridge. At Trinity he earned a double first in French and theology, and was elected a senior scholar.

John Stott trained for the pastorate at Ridley Hall, Cambridge. He was awarded a Lambeth doctorate in divinity (DD) in 1983 and has honorary doctorates from universities in America, Britain, and Canada. He died in July of 2011

“We must allow the Word of God to confront us, to disturb our security, to undermine our complacency and to overthrow our patterns of thought and behavior.”

“I could never myself believe in God, if it were not for the cross. The only God I believe in is the One Nietzsche ridiculed as ‘God on the cross.’ In the real world of pain, how could one worship a God who was immune to it? “

The Message of the Sermon on the Mount (Matthew 5-7 : Christian Counter-Culture)Paperback – March 22, 1985

The gospel of self-fulfillment has been centuries in the making. As Charles Taylor explains in his dense, scholarly A Secular Age,

“the new invention of the modern age is a self-sufficing humanism that “accept[s] no final goals beyond human flourishing, nor any allegiance to anything else beyond this flourishing. Of no previous society was this true.” In other words, happiness is our only duty today, self-betrayal our only sin. It’s not simply that the lines of morality have blurred in modern times, making truth relative. It’s not even that religious belief has waned. Rather, the good life has been radically redefined according to the benefit of the individual while the former measures of flourishing—God’s glory, society’s health, the family’s well-being—have been displaced. We’re all on the throne now.”

Augustine understood that human beings don’t flourish because they obey their most instinctual desires and follow their own yellow brick road of happiness. “Without [God], what am I but a guide to my own self-destruction?” he confessed.

“An easy, non-self-denying life will never be one of power,” Taylor said. “Fruit-bearing involves cross-bearing. There are not two Christs—an easygoing one for easygoing Christians, and a suffering, toiling one for exceptional believers. There is only one Christ. Are you willing to abide in Him, and thus to bear much fruit?” – Hudson Taylor 1832-1905