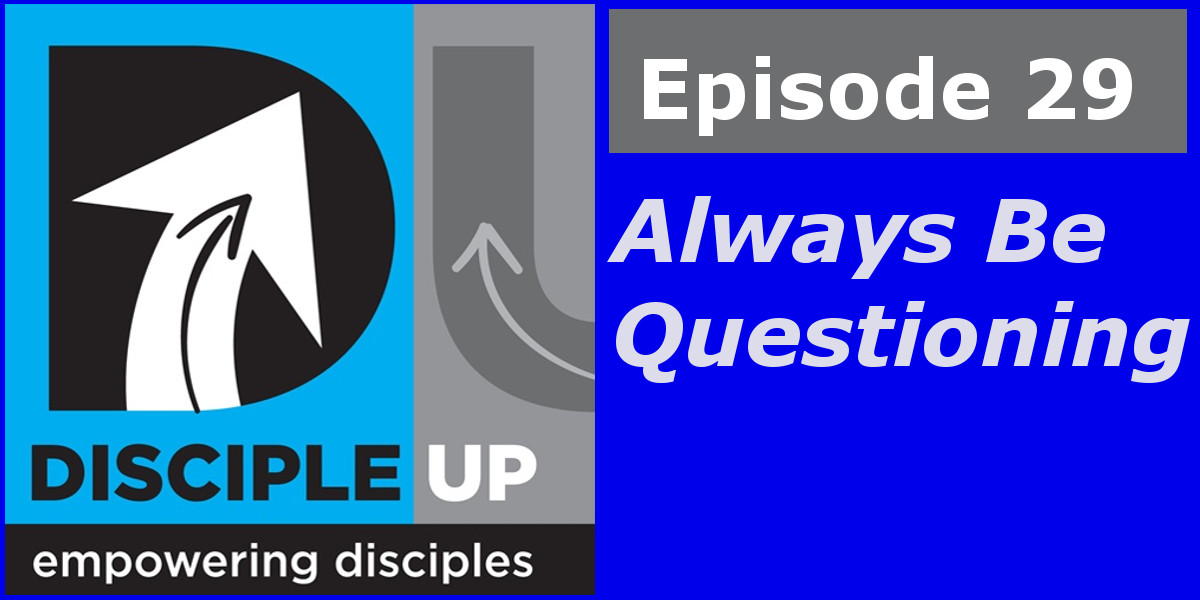 This episode started when someone I hadn’t heard from in years got ahold of me recently. I won’t use her name but she’s an old friend of mine from High School. She was part of my Youth Group – call the Key Teens (yeah, the title hasn’t aged well but then neither have I! – and she’s working with others who in the Group to start a FaceBook page and work on getting us all back in touch.

In her message to me she said in part: You were such a big part of opening discussions in our Bible Studies/other occasions, questioning things most of us would not have thought to question. I will always appreciate that.

Imagine that. It’s been about half a century and she still remembers and appreciates me mouthing off with all my teenage questions! Pretty amazing and it just goes to show you that you never know what kind of an impact what you say and do will have on others – and like most things that works for good and ill.

So todays podcast is dedicated to someone I’ll just call Mrs. KeyTeen, a lovely lady who was a good friend and who I had a my first HUGE crush on, but never acted on it because even then I knew she was totally out of my league!

And with that let’s get on with the show!

What Should I Question?

As a teen I came into Christianity from a pretty secular background. I questioned creation VS evolution, the truth of the Bible, etc. In those days during the Vietnam war I also questioned if Christians can fight in the military.

I questioned so many things – which shows I didn’t know or understand much, but I wanted too. Now some 50 years later, I’m still asking questions and this episode is my attempt to get you to do the same thing as well.

Things to question: Faith and the Bible – YES! BUT, also question the culture you live in and all the strange and often contradictory things it demands you believe.

As an old Pastor once said to me, and he said this at a Key Teens summer camp called Planning Conference: “Doubt your doubts.” It was good advice then and even better advice to the moral and spiritual morass that surrounds and penetrates us today.

11 Now the Bereans were of more noble character than the Thessalonians, for they received the message with great eagerness and examined the Scriptures every day to see if what Paul said was true. Acts 17:11 (NIV)

God not only commands us to question – He honors and approves it.

It’s our culture that forbids questioning. It, like all cultures, demands submission to whatever it’s saying this week and only wants you to question others, not itself. As I’ve said before in other shows of Disciple Up, this is the nature of all culture. Conform and submit. I felt that demand as a teen and I feel it now even though the culture has changed so much that what I’m supposed to submit too has radically changed and in some cases are the exact opposite of what I was told then.

God knows the only way to learn is to question.

Like culture, most religions also forbid questions and demand unthinking obedience. But Jesus wasn’t that way. When Christians and churches forbid honest and sincere questions they are sinning. Just look at this encounter Jesus had.

The important thing is not to stop questioning. Curiosity has its own reason for existing. Albert Einstein

Religious belief, like history itself, is a story that is always unfolding, always subject to inquiry and ripe for questioning. For without doubt there is no faith. Jon Meacham

The marvelous thing is that for thousands of years people have continued questioning and searching and ultimately concluding that reasons for certain occurrences are not given to man to know. Robert Vaughn

Doubt isn’t the opposite of faith; it is an element of faith. –Paul Tillich

21 And Jesus asked his father, “How long has this been happening to him?” And he said, “From childhood. 22 And it has often cast him into fire and into water, to destroy him. But if you can do anything, have compassion on us and help us.” 23 And Jesus said to him, “‘If you can’! All things are possible for one who believes.” 24 Immediately the father of the child cried out and said, “I believe; help my unbelief!” 25 And when Jesus saw that a crowd came running together, he rebuked the unclean spirit, saying to it, “You mute and deaf spirit, I command you, come out of him and never enter him again.” 26 And after crying out and convulsing him terribly, it came out, and the boy was like a corpse, so that most of them said, “He is dead.” 27 But Jesus took him by the hand and lifted him up, and he arose. Mark 9:21-27 (ESV)

Disciple Up Low Down