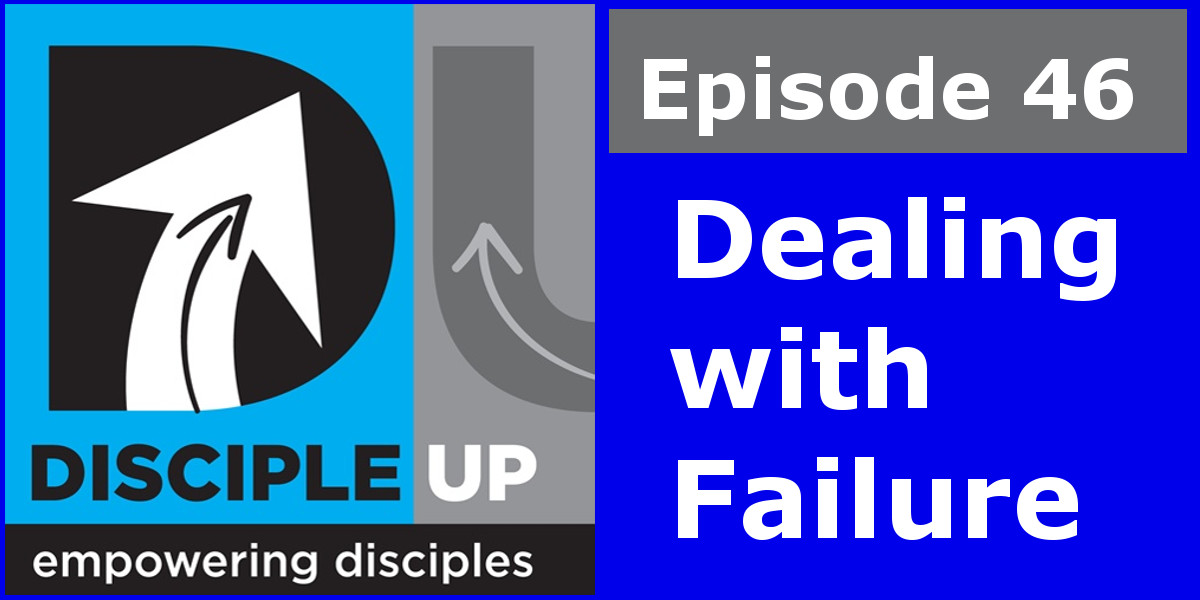 What we’re going to do on the show today.

Examples of Failures in the Bible:

Intro to the Disciple Up SmackDown – history of Disciple Up Low Down and how this developed. Decided today to do this off an outline not a script like the Low Down so they’ll have very different styles and identities.

The Disciple Up SmackDown on Admitting I Failed

When discussing failure with most modern Americans and sadly that includes Christians you’ll almost always get the lecture if you dare to say anything like, “I failed.”

There’s a huge difference between admitting something you’ve done has failed and saying you are a failure.

What is this so called “positivity?” It’s a determined and deliberate denial of reality. I believe Disciples of Jesus believe, speak and live the truth. So when you’ve sinned you admit it, and when you’ve failed you admit it.

“It is better to make a thousand failures than to be too cowardly to ever undertake anything.”

“And seldom if ever do I leave the pulpit without a sense of partial failure, a mood of penitence, a cry to God for forgiveness, and a resolve to look to Him for grace to do better in the future.”

“Failures are finger posts on the road to achievement.”

“Sum up the life of Jesus by any other standard than God’s, and it is an anticlimax of failure.”

“What is God’s remedy for dejection at apparent failure in our labors? This – the assurance that God’s purpose cannot fail, that God’s plans cannot miscarry, that God’s will must be done. Our labors are not intended to bring about that which God has not decreed.”

“To dwell on the past simply causes failure in the present. While you are sitting down and bemoaning the past and regretting all the things you have not done, you are crippling yourself and preventing yourself from working in the present. Is that Christianity? Of course it is not.”

“One who faces his own failures is steadily advancing on the pilgrim’s way.”