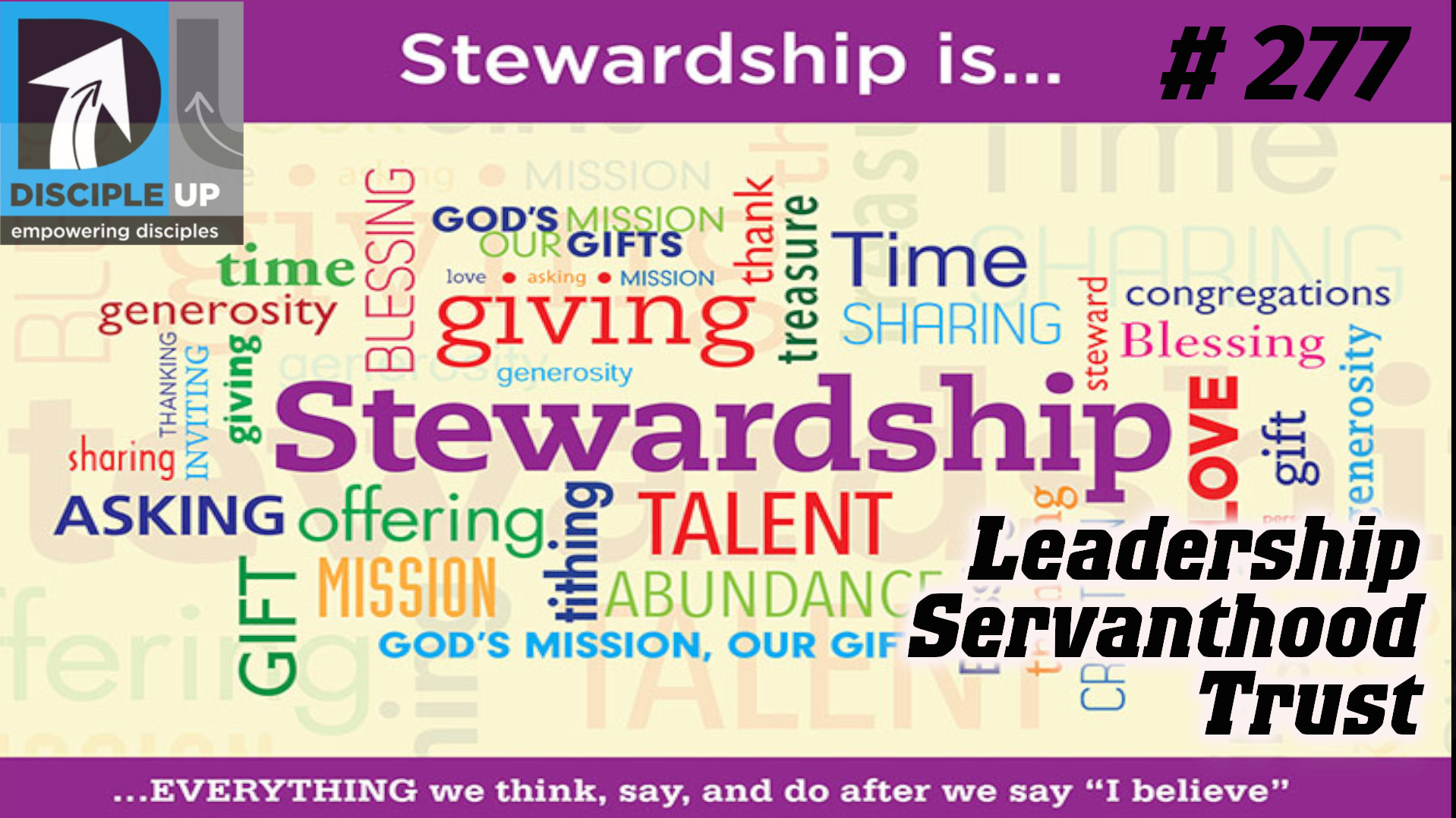 What is Biblical Stewardship?

We start where we should always start – Jesus!

“1When Jesus had spoken these words, he lifted up his eyes to heaven, and said, “Father, the hour has come; glorify your Son that the Son may glorify you, 2since you have given him authority over all flesh, to give eternal life to all whom you have given him. 3And this is eternal life, that they know you, the only true God, and Jesus Christ whom you have sent. 4I glorified you on earth, having accomplished the work that you gave me to do.” (John 17:1–4, ESV)

“12While I was with them, I kept them in your name, which you have given me. I have guarded them, and not one of them has been lost except the son of destruction, that the Scripture might be fulfilled.” (John 17:12, ESV)

“4Let each of you look not only to his own interests, but also to the interests of others. 5Have this mind among yourselves, which is yours in Christ Jesus, 6who, though he was in the form of God, did not count equality with God a thing to be grasped, 7but emptied himself, by taking the form of a servant, being born in the likeness of men. 8And being found in human form, he humbled himself by becoming obedient to the point of death, even death on a cross.” (Philippians 2:4–8, ESV)

“2But Abram said, “O Lord God, what will you give me, for I continue childless, and the heir of my house is Eliezer of Damascus?”” (Genesis 15:2, ESV)

The original Hebrew word for “steward” is `al bayith, which literally means “man over the house.” During Bible times, most notable households would have had a steward, so the term was familiar and not originally tied to spiritual matters. The steward was in charge of whatever the Master put him over. It wasn’t unusual for one man to run the whole house, or for the very rich, they might have several stewards.

“2And Abraham said to his servant, the oldest of his household, who had charge of all that he had, “Put your hand under my thigh, 3that I may make you swear by the Lord, the God of heaven and God of the earth, that you will not take a wife for my son from the daughters of the Canaanites, among whom I dwell, 4but will go to my country and to my kindred, and take a wife for my son Isaac.”” (Genesis 24:2–4, ESV)

“16When Joseph saw Benjamin with them, he said to the steward of his house, “Bring the men into the house, and slaughter an animal and make ready, for the men are to dine with me at noon.”” (Genesis 43:16, ESV)

“1Then he commanded the steward of his house, “Fill the men’s sacks with food, as much as they can carry, and put each man’s money in the mouth of his sack,” (Genesis 44:1, ESV)

“4They had gone only a short distance from the city. Now Joseph said to his steward, “Up, follow after the men, and when you overtake them, say to them, ‘Why have you repaid evil for good?” (Genesis 44:4, ESV)