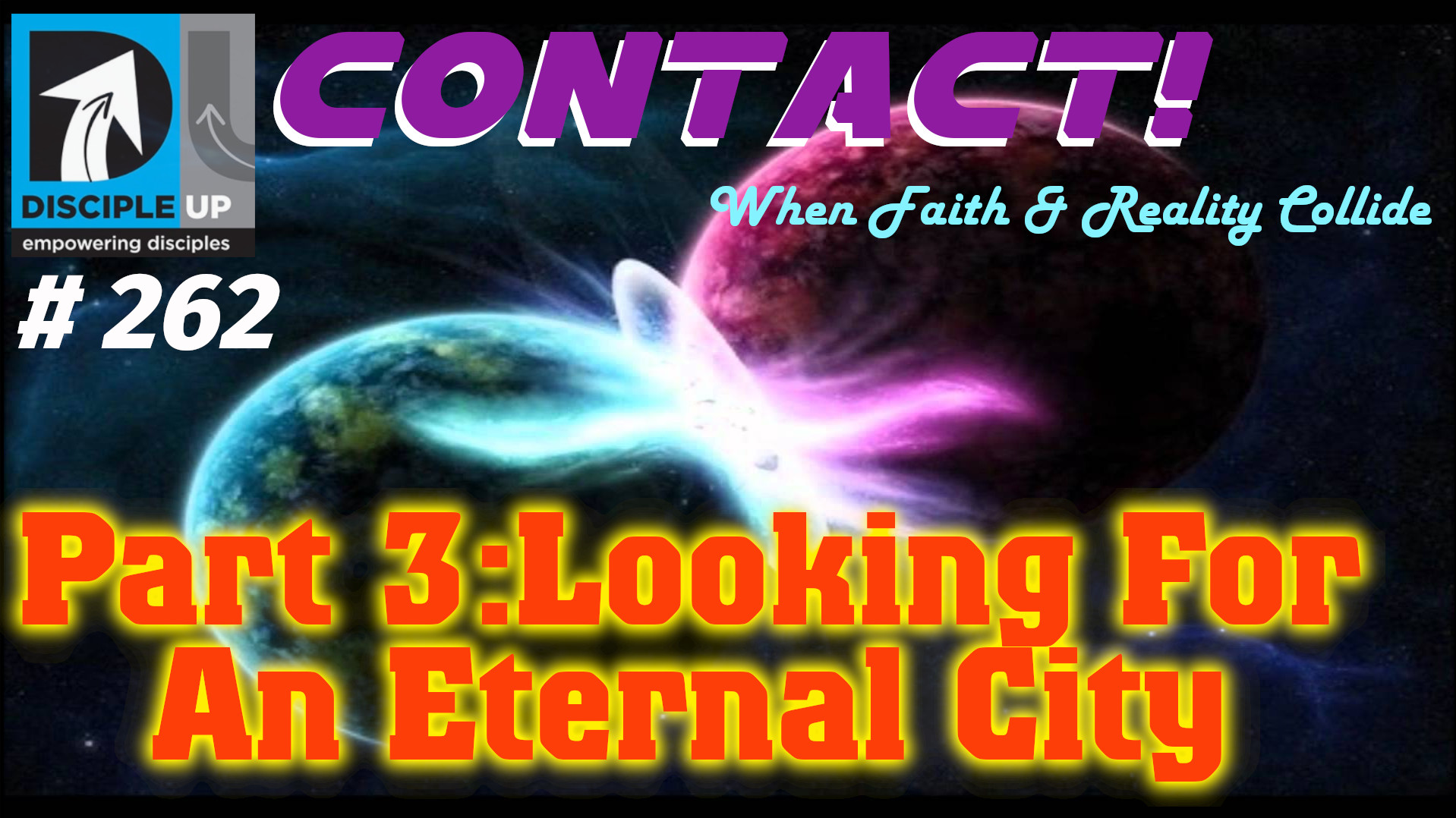 1) Faith always moves me into the UNKNOWN.

8  By faith Abraham obeyed when he was called to go out to a place that he was to receive as an inheritance. And he went out, not knowing where he was going. 9  By faith he went to live in the land of promise, as in a foreign land, living in tents with Isaac and Jacob, heirs with him of the same promise. 10  For he was looking forward to the city that has foundations, whose designer and builder is God. Hebrews 11:8-10 (ESV)

11  By faith Sarah herself received power to conceive, even when she was past the age, since she considered him faithful who had promised. 12  Therefore from one man, and him as good as dead, were born descendants as many as the stars of heaven and as many as the innumerable grains of sand by the seashore. Hebrews 11:11-12 (ESV)

2) Faith always demands that I SACRIFICE.

17  By faith Abraham, when he was tested, offered up Isaac, and he who had received the promises was in the act of offering up his only son, 18  of whom it was said, “Through Isaac shall your offspring be named.” 19  He considered that God was able even to raise him from the dead, from which, figuratively speaking, he did receive him back. Hebrews 11:17-19 (ESV)

24  But the king replied to Araunah, “No, I insist on paying you for it. I will not sacrifice to the LORD my God burnt offerings that cost me nothing.” So David bought the threshing floor and the oxen and paid fifty shekels of silver for them. 25  David built an altar to the LORD there and sacrificed burnt offerings and fellowship offerings. Then the LORD answered prayer in behalf of the land, and the plague on Israel was stopped. 2 Samuel 24:24-25 (NIV)

20  By faith Isaac invoked future blessings on Jacob and Esau. 21  By faith Jacob, when dying, blessed each of the sons of Joseph, bowing in worship over the head of his staff. 22  By faith Joseph, at the end of his life, made mention of the exodus of the Israelites and gave directions concerning his bones. Hebrews 11:20-22 (ESV)

1  After these things God tested Abraham and said to him, “Abraham!” And he said, “Here I am.” 2  He said, “Take your son, your only son Isaac, whom you love, and go to the land of Moriah, and offer him there as a burnt offering on one of the mountains of which I shall tell you.” Genesis 22:1-2 (ESV)

3) Faith always focuses on what’s BEYOND THIS WORLD.

13  These all died in faith, not having received the things promised, but having seen them and greeted them from afar, and having acknowledged that they were strangers and exiles on the earth. 14  For people who speak thus make it clear that they are seeking a homeland. 15  If they had been thinking of that land from which they had gone out, they would have had opportunity to return. Hebrews 11:13-15 (ESV)

16  But as it is, they desire a better country, that is, a heavenly one. Therefore God is not ashamed to be called their God, for he has prepared for them a city. Hebrews 11:16 (ESV)