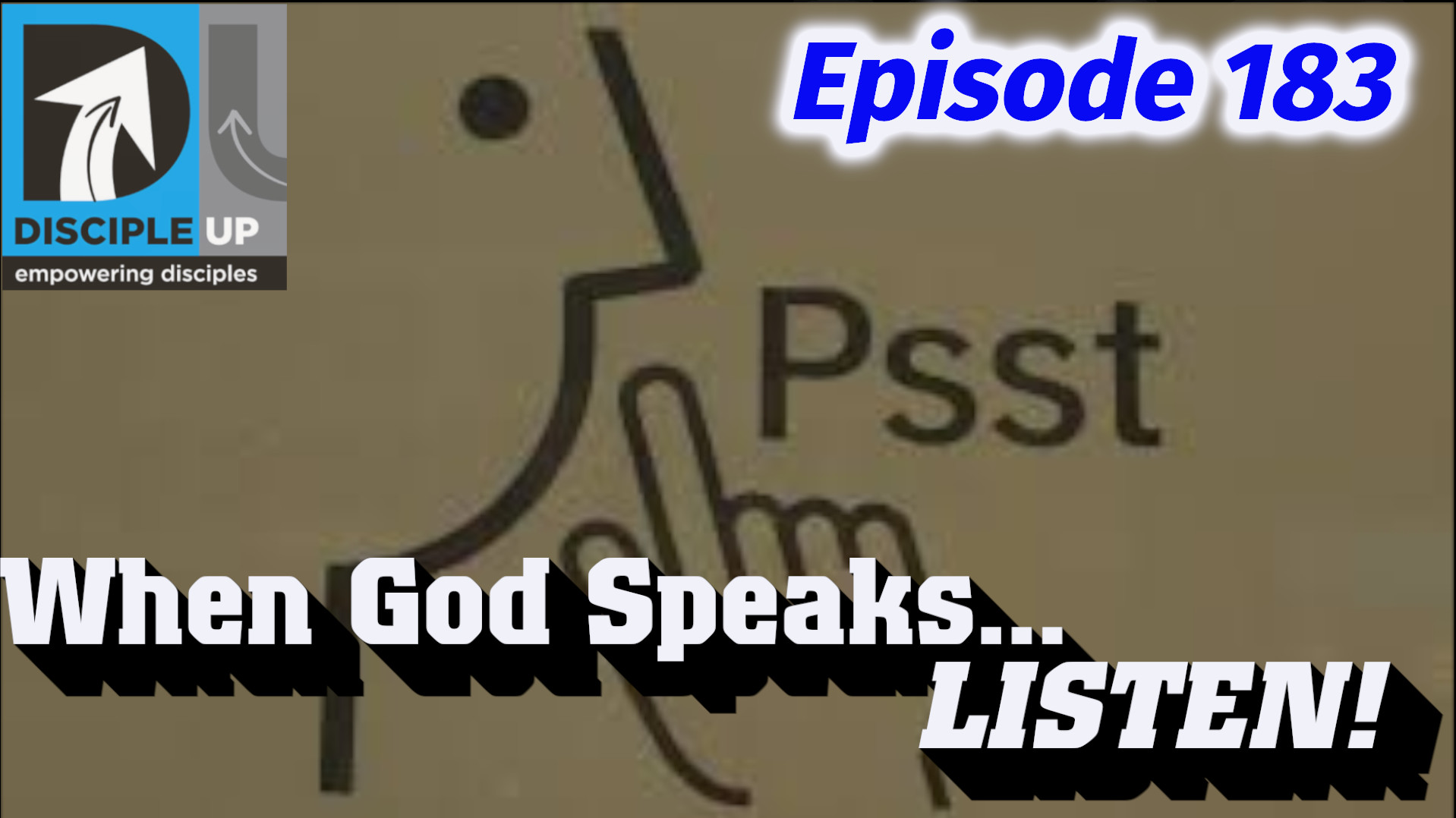 Intro.  Thoughts on last week’s episode – No Place for Repentance? Sad that many leave their hidden sin as their legacy.

There are at least three times in the New Testament when God seems to have been rude to the Apostle Peter.  Three times when God interrupted and silenced Peter to make a point.  What was so important that God decided to act like this?  Let’s find out.

About eight days after Jesus said this, he took Peter, John and James with him and went up onto a mountain to pray. As he was praying, the appearance of his face changed, and his clothes became as bright as a flash of lightning.
Two men, Moses and Elijah, appeared in glorious splendor, talking with Jesus. They spoke about his departure, which he was about to bring to fulfillment at Jerusalem.
Peter and his companions were very sleepy, but when they became fully awake, they saw his glory and the two men standing with him. As the men were leaving Jesus, Peter said to him, “Master, it is good for us to be here. Let us put up three shelters–one for you, one for Moses and one for Elijah.” (He did not know what he was saying.)
While he was speaking, a cloud appeared and enveloped them, and they were afraid as they entered the cloud. A voice came from the cloud, saying, “This is my Son, whom I have chosen; listen to him.”
When the voice had spoken, they found that Jesus was alone. The disciples kept this to themselves, and told no one at that time what they had seen. Luke 9:28-36 (NIV)

A) The Three Figures

1, Peter saw all three as equal and valued them that way

2, God set Jesus above them all

“16“The Law and the Prophets were until John; since then the good news of the kingdom of God is preached, and everyone forces his way into it.” (Luke 16:16, ESV)

The law and the prophets—till John; from then on the kingdom of God is being preached as good news, and everyone is energetically pressing into it[1]

1, Christ is superior to all and everything

a, That’s the whole point of the book of Hebrews!

2, To be a Christian is to realize and confess that Jesus outshines and rules over everything!

When Jesus came to the region of Caesarea Philippi, he asked his disciples, “Who do people say the Son of Man is?”  They replied, “Some say John the Baptist; others say Elijah; and still others, Jeremiah or one of the prophets.”
“But what about you?” he asked. “Who do you say I am?”
Simon Peter answered, “You are the Christ, the Son of the living God.”
Jesus replied, “Blessed are you, Simon son of Jonah, for this was not revealed to you by man, but by my Father in heaven.  And I tell you that you are Peter, and on this rock I will build my church, and the gates of Hades will not overcome it.  I will give you the keys of the kingdom of heaven; whatever you bind on earth will be bound in heaven, and whatever you loose on earth will be loosed in heaven.”
Then he warned his disciples not to tell anyone that he was the Christ.
From that time on Jesus began to explain to his disciples that he must go to Jerusalem and suffer many things at the hands of the elders, chief priests and teachers of the law, and that he must be killed and on the third day be raised to life.
Peter took him aside and began to rebuke him. “Never, Lord!” he said. “This shall never happen to you!”
Jesus turned and said to Peter, “Get behind me, Satan! You are a stumbling block to me; you do not have in mind the things of God, but the things of men.”  Matthew 16:13-23 (NIV)

1, Jesus was either Who He claimed to be – God

a, Or He was a liar or insane!

1, Compromise is a good way to solve problems!

a, But there are some things that you can’t compromise!

2, You cannot compromise on Christ’s identify

a, If we lose this – we lose the entire point and meaning of His life and teachings!

a, If He really is God that’s the least we can do!!

a, It’s good to let it all hang out with the Lord.

b, One sign of spiritual growth is when I argue less and trust more!

He was not seen by all the people, but by witnesses whom God had already chosen–by us who ate and drank with him after he rose from the dead.  He commanded us to preach to the people and to testify that he is the one whom God appointed as judge of the living and the dead.
All the prophets testify about him that everyone who believes in him receives forgiveness of sins through his name.”
While Peter was still speaking these words, the Holy Spirit came on all who heard the message.
The circumcised believers who had come with Peter were astonished that the gift of the Holy Spirit had been poured out even on the Gentiles.
For they heard them speaking in tongues and praising God. Then Peter said, “Can anyone keep these people from being baptized with water? They have received the Holy Spirit just as we have.”
So he ordered that they be baptized in the name of Jesus Christ. Then they asked Peter to stay with them for a few days.
Acts 10:41-48 (NIV)

A) Not An Exclusive Club!

1, Not just for Jews – or the spiritual

1, There can be no place for bigotry in the Christian faith!

1, the more we realize this – the quicker the world will be won!