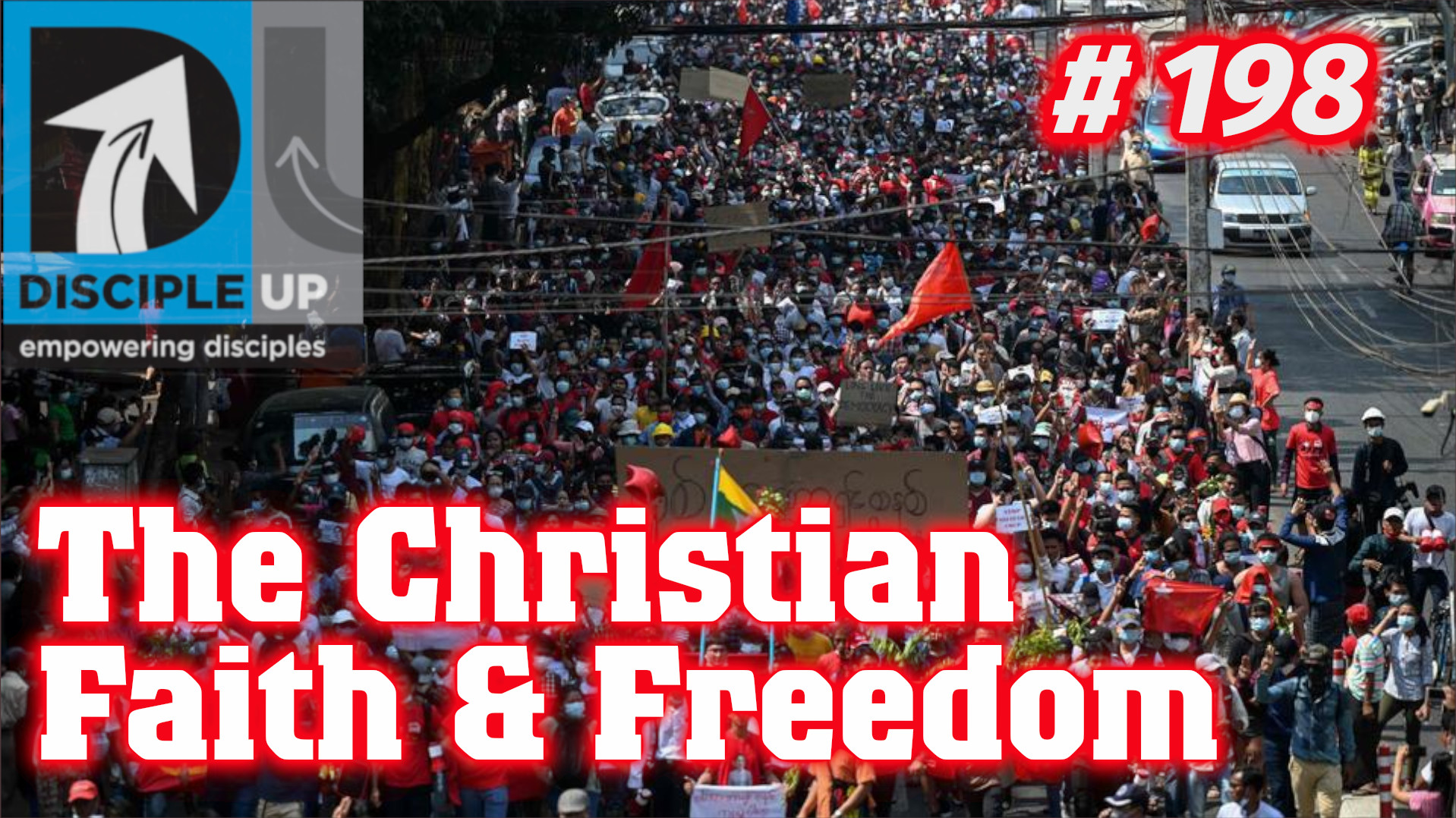 Articles Quoted in this Episode:

What About Myanmar (Burma)?

What Does the Bible Say About This?

Not much. What the New Testament has to say about Government isn’t a lot. The main passage on this topic, fittingly enough, is in the book of Romans. Paul, writing to Christians in the capital city of the Empire, talks for a bit about what Government is for, why God wants it and what our attitude towards it should be.

“1Let every person be subject to the governing authorities. For there is no authority except from God, and those that exist have been instituted by God. 2Therefore whoever resists the authorities resists what God has appointed, and those who resist will incur judgment. 3For rulers are not a terror to good conduct, but to bad. Would you have no fear of the one who is in authority? Then do what is good, and you will receive his approval, 4for he is God’s servant for your good. But if you do wrong, be afraid, for he does not bear the sword in vain. For he is the servant of God, an avenger who carries out God’s wrath on the wrongdoer. 5Therefore one must be in subjection, not only to avoid God’s wrath but also for the sake of conscience. 6For because of this you also pay taxes, for the authorities are ministers of God, attending to this very thing. 7Pay to all what is owed to them: taxes to whom taxes are owed, revenue to whom revenue is owed, respect to whom respect is owed, honor to whom honor is owed.” (Romans 13:1–7, ESV)

Notice that Paul says government exists to establish justice, punish wrong doers and reward those who do good. So we must pay out taxes so that it can do these vital things.

But what if they cease to do these things, or indeed do the opposite? As an American I have a point of view on this since my country was created by a violent revolution against the government of that time – the British.

Is There Something Special About Freedom?

I believe there is and that this verse, and probably others as well, hint at it.

“1For freedom Christ has set us free; stand firm therefore, and do not submit again to a yoke of slavery.” (Galatians 5:1, ESV)

The word free of 4:31 is the translation of the same Greek word rendered liberty in this verse. The word is dative of advantage. The teaching is that Christ died on the Cross to give us the advantage of having this liberty or freedom. This liberty consists of the Christian’s freedom from the law. Under the law, the person has no more liberty than a child in its minority under a guardian. The child has no freedom of action nor right of self-determination. He must move within a set of rules prescribed by his guardian. He is not old enough to act alone. He must always act under the restrictions of his guardian. So is it with the person under the law. Here were these Galatian Christians, free from the law, having been placed in the family of God as adult sons, indwelt by the Holy Spirit who would enable them to act out in their experience that maturity of Christian life in which they were placed, now putting on the straight-jacket of the law, cramping their experience, stultifying their actions, depriving themselves of the power of the Holy Spirit. They were like adults putting themselves under rules made for children. – Wuest, K. S. (1997). Wuest’s word studies from the Greek New Testament: for the English reader (Vol. 3, p. 136). Grand Rapids: Eerdmans.

Christ didn’t set us free to be self-actualized, or happy or to have a good self-image or be rich or healthy or any number of other things. No He set us free for the very sake of freedom!

What does that mean?

How does this tie into what’s happening around the world and especially Myanmar right now?

FAILURE IS THE ADVANTAGE OF FREEDOM!!