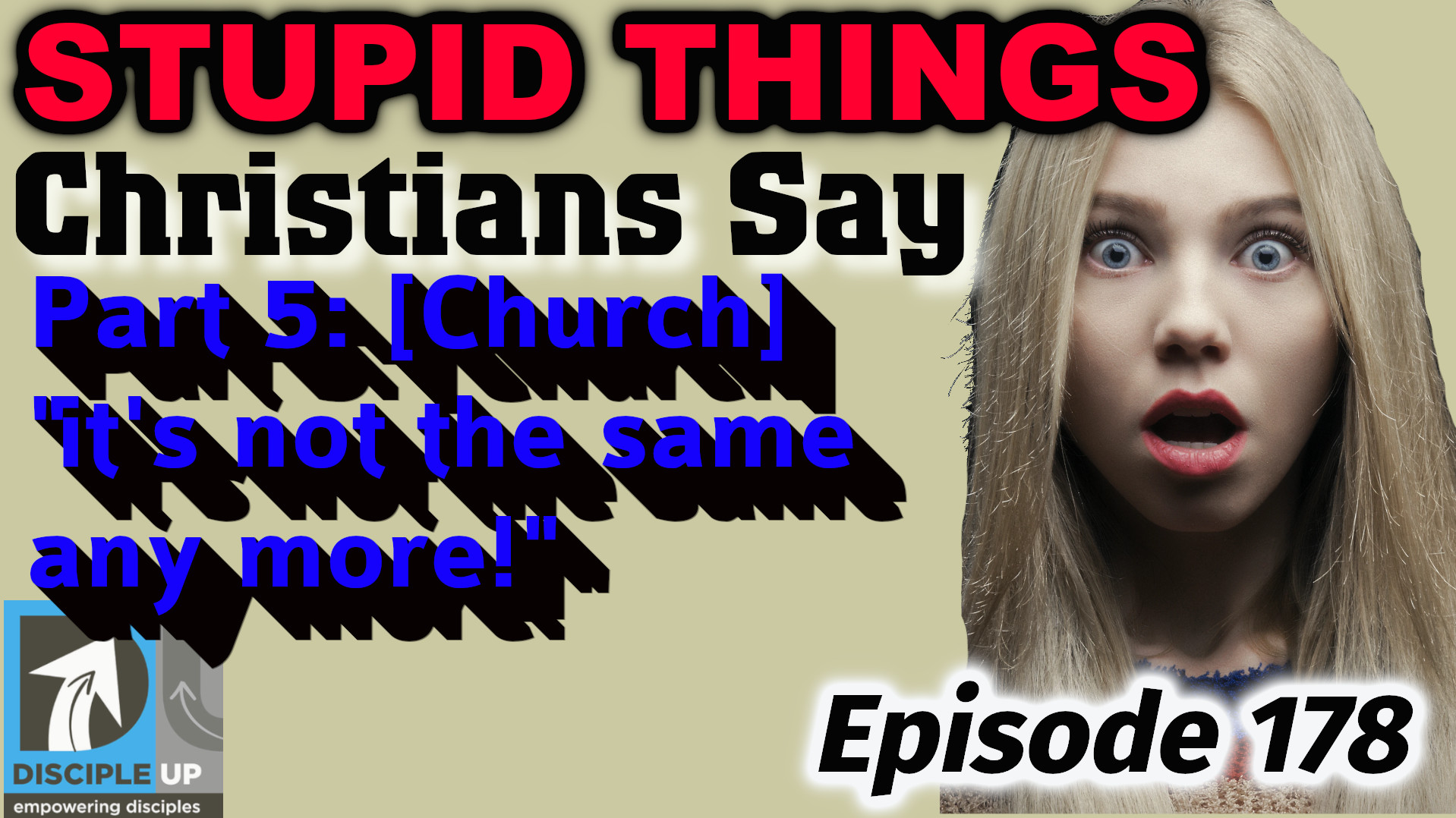 Intro – a little bit of a ramble today most likely, so hang on!

Nostalgia In the Bible:

10  Say not, “Why were the former days better than these?” For it is not from wisdom that you ask this. Ecclesiastes 7:10 (ESV)

17  We’re going to go right on offering sacrifices to the Queen of Heaven and pouring out drink offerings to her, keeping up the traditions set by our ancestors, our kings and government leaders in the cities of Judah and the streets of Jerusalem in the good old days. We had a good life then—lots of food, rising standard of living, and no bad luck. Jeremiah 44:17 (MSG)

15  And the men who have been mentioned by name rose and took the captives, and with the spoil they clothed all who were naked among them. They clothed them, gave them sandals, provided them with food and drink, and anointed them, and carrying all the feeble among them on donkeys, they brought them to their kinsfolk at Jericho, the city of palm trees. Then they returned to Samaria. 2 Chronicles 28:15 (ESV)

29  But he, desiring to justify himself, said to Jesus, “And who is my neighbor?” 30  Jesus replied, “A man was going down from Jerusalem to Jericho, and he fell among robbers, who stripped him and beat him and departed, leaving him half dead. 31  Now by chance a priest was going down that road, and when he saw him he passed by on the other side. 32  So likewise a Levite, when he came to the place and saw him, passed by on the other side. 33  But a Samaritan, as he journeyed, came to where he was, and when he saw him, he had compassion. 34  He went to him and bound up his wounds, pouring on oil and wine. Then he set him on his own animal and brought him to an inn and took care of him. 35  And the next day he took out two denarii and gave them to the innkeeper, saying, ‘Take care of him, and whatever more you spend, I will repay you when I come back.’ 36  Which of these three, do you think, proved to be a neighbor to the man who fell among the robbers?” 37  He said, “The one who showed him mercy.” And Jesus said to him, “You go, and do likewise.” Luke 10:29-37 (ESV)