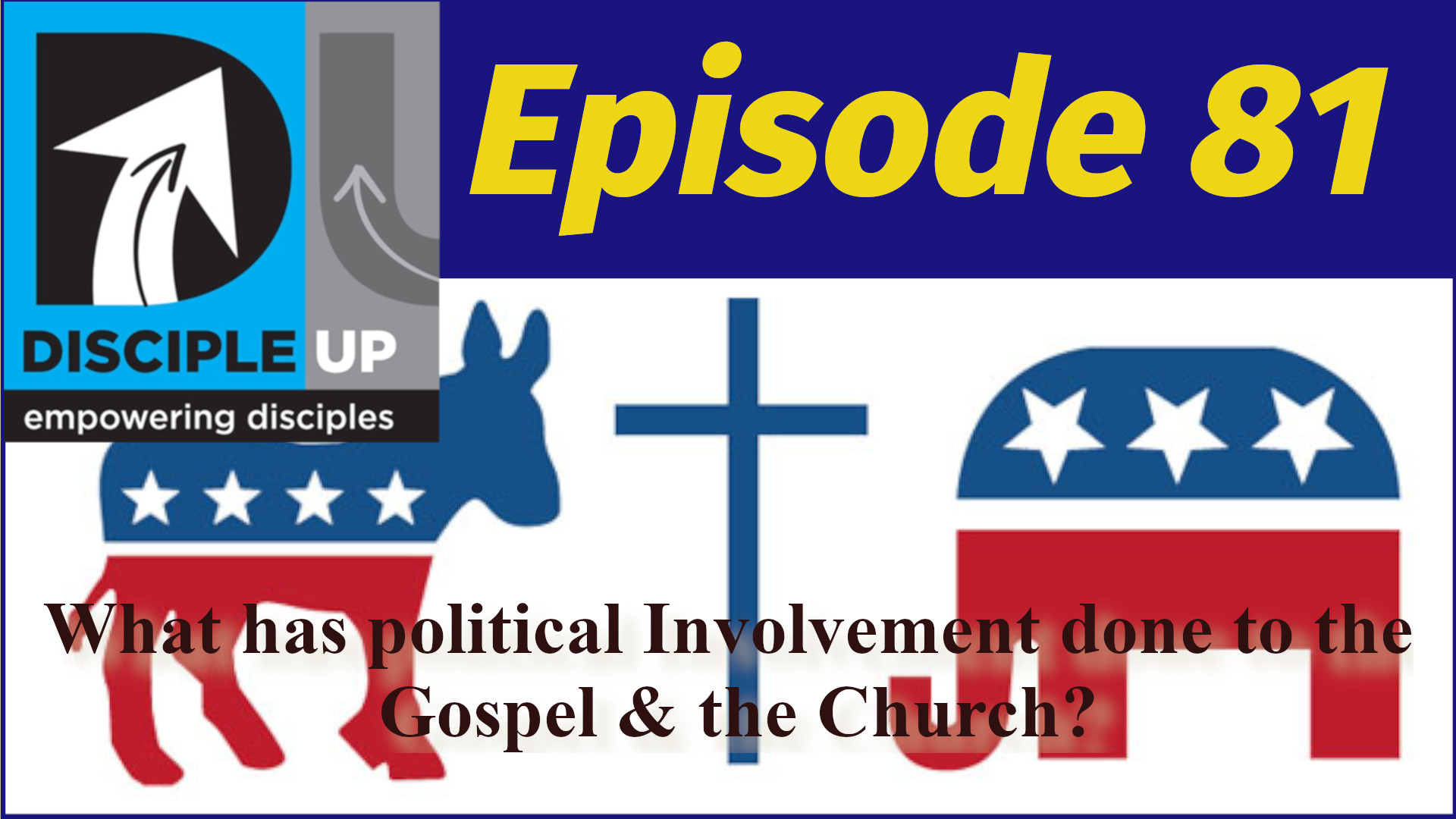 The involvement in politics by the church as the church – ie as a group representing Jesus and His Gospel; has done near irreparable damage to both the church and the Gospel.

We are seen as hypocritical moral crusaders and this view has tarred nearly the entire church.

Specifically I believe our involvement has done several bad things to us.

Imagine what the hundreds of million of dollars Christians gave to political causes could have done in the Kingdom if we had been wise enough to use them there.

Instead we’ve distorted Jesus and His Gospel and church and all for what?

The “Christian Right” has failed.

Example – what were the two big issues when all this started back in 1979 – Prayer in Public Schools and Abortion on demand. Both are still here.

In the meantime the Christian right fought homosexual rights and now we have homosexual marriage via the Supreme Court. Another sterling defeat by the so called Christian movement.

Politics is down stream from culture.