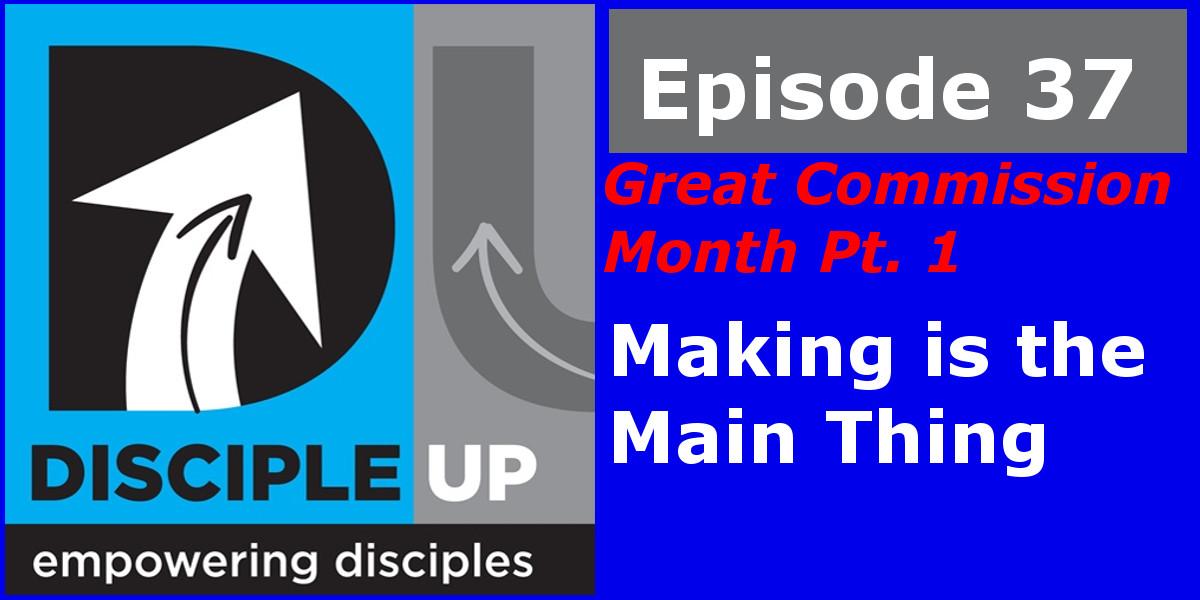 More Than One Great Commission you say?

Yes, there are five “commissions” that are generally recognized by scholars as great commissions.

15  And he said to them, “Go into all the world and proclaim the gospel to the whole creation. 16  Whoever believes and is baptized will be saved, but whoever does not believe will be condemned. 17  And these signs will accompany those who believe: in my name they will cast out demons; they will speak in new tongues; 18  they will pick up serpents with their hands; and if they drink any deadly poison, it will not hurt them; they will lay their hands on the sick, and they will recover.” Mark 16:15-18 (ESV)

45  Then he opened their minds to understand the Scriptures, 46  and said to them, “Thus it is written, that the Christ should suffer and on the third day rise from the dead, 47  and that repentance and forgiveness of sins should be proclaimed in his name to all nations, beginning from Jerusalem. 48  You are witnesses of these things. 49  And behold, I am sending the promise of my Father upon you. But stay in the city until you are clothed with power from on high.” Luke 24:45-49 (ESV)

21  Jesus said to them again, “Peace be with you. As the Father has sent me, even so I am sending you.” 22  And when he had said this, he breathed on them and said to them, “Receive the Holy Spirit. 23  If you forgive the sins of any, they are forgiven them; if you withhold forgiveness from any, it is withheld.” John 20:21-23 (ESV)

8  But you will receive power when the Holy Spirit has come upon you, and you will be my witnesses in Jerusalem and in all Judea and Samaria, and to the end of the earth.” Acts 1:8 (ESV)

18  And Jesus came and said to them, “All authority in heaven and on earth has been given to me. 19  Go therefore and make disciples of all nations, baptizing them in the name of the Father and of the Son and of the Holy Spirit, 20  teaching them to observe all that I have commanded you. And behold, I am with you always, to the end of the age.” Matthew 28:18-20 (ESV)

The Four Verbs in the Great Commission:

The heart of the commission is in the one word μαθη-τεύσατε. This imperative, of course, means, “to turn into disciples,” and its aorist form conveys the thought that this is actually to be done. The verb itself does not indicate how disciples are to be made, it designates only an activity that will result in disciples. It connotes results not methods and ways. – Lenski New Testament Commentary – Lenski New Testament Commentary – The Interpretation of St. Matthew’s Gospel.

“God’s command ‘Go ye, and preach the gospel to every creature’ was the categorical imperative. The question of personal safety was wholly irrelevant.”  ― Elisabeth Elliot

It is an incredibly difficult task to lead people from self-centered consumerism to being servant-hearted Christians. It is not a task for fainthearted ministers or those who don’t like to get their religious robes wrinkled. But it is what the Great Commission is all about – Rick Warren [source: http://www.azquotes.com/quote/907190?ref=great-commission]

“Of course it’s dangerous. But it’s a lot more dangerous for all of us if we don’t do it. Even in a conquering army there are casualties. Safety is not the issue when we look at the Great Commission. The purpose of the church cannot be to survive, or even to thrive, but to serve.”  ― Brother Andrew, Secret Believers: What Happens When Muslims Believe in Christ

PART THREE – what we are supposed to be doing:

Notice that I said “without a noun”?  That’s right.  The Greek word is a verbal command, not a verb followed by a noun.  In other words, the text does not say “make disciples” (verb/noun) like “build a house” or “grill a steak.”  It does not say to verb a noun.  It says simply… “DISCIPLE!” which is like saying “RUN!” or “JUMP!”  In reality, you can’t “make” a disciple.  You can only disciple. So, in the great commission in Matthew, disciple is not an outcome (like a product that you end up with), but it is rather a process that you are doing.  The grammar is not telling us to make an object.  There is no noun in the text at all.  There is only a single imperative verb.  Only a command.  Only an action word.  Only something to do.  And what is it? It is “disciple!” – Think Theology [http://thinktheology.org/2013/11/07/greek-geeking-the-great-commission-in-matthew/]

This is supported by Youngs Literal Translation which says; 18  And having come near, Jesus spake to them, saying, `Given to me was all authority in heaven and on earth; 19  having gone, then, disciple all the nations, (baptizing them–to the name of the Father, and of the Son, and of the Holy Spirit, 20  teaching them to observe all, whatever I did command you,) and lo, I am with you all the days–till the full end of the age.’ Matthew 28:18-20 (YLT)

The Disciple Up Low Down on the Great Temptation of Theology