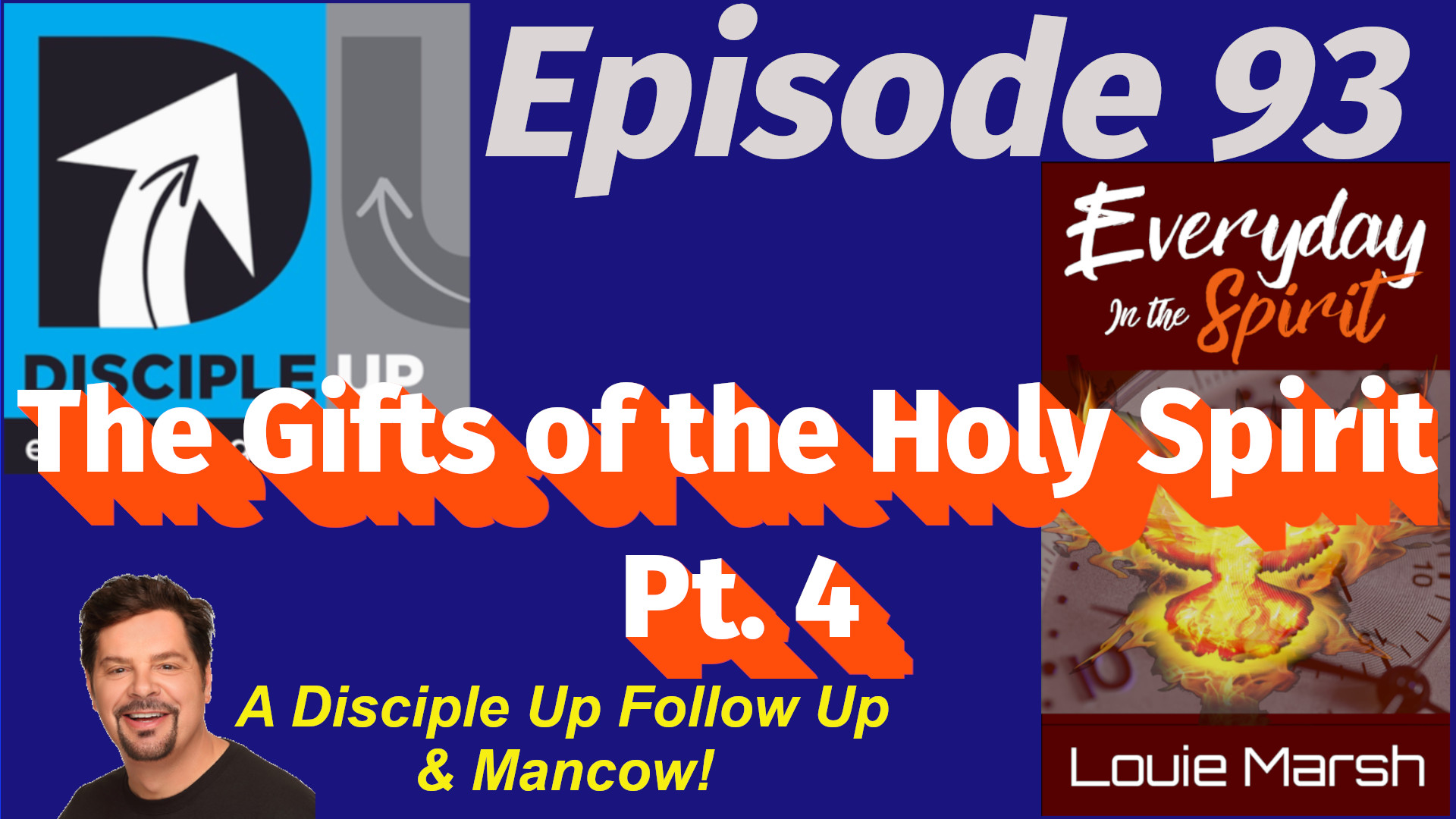 Disciple Up Tie Into Everyday in the Spirit

Where to get Everyday in the Spirit Campaign materials –  http://christschurchontheriver.com/spiritual-growth/everyday/

Have the Gifts Passed Away? Part Two

Links to websites discussing this issue.

The Passage in Question:

8  Love never ends. As for prophecies, they will pass away; as for tongues, they will cease; as for knowledge, it will pass away. 9  For we know in part and we prophesy in part, 10  but when the perfect comes, the partial will pass away. 11  When I was a child, I spoke like a child, I thought like a child, I reasoned like a child. When I became a man, I gave up childish ways. 12  For now we see in a mirror dimly, but then face to face. Now I know in part; then I shall know fully, even as I have been fully known. 13  So now faith, hope, and love abide, these three; but the greatest of these is love. 1 Corinthians 13:8-13 (ESV)

The Bible teaches that miraculous gifts were needed for a specific purpose and for a limited time. They were to confirm the Word until the revelation was completed in written form. Then they would vanish from the scene. Paul proves this in 1 Corinthians 13:8-13

The Word of God is all-sufficient to produce obedient faith.

There are three main interpretations. “That which is perfect” is fulfilled when:

Richard B. Gaffin, Jr., Professor Emeritus at Westminster Theological Seminary, supports the cessation of the gifts at the end of the apostolic period, but has abandoned 1 Corinthians 13:10 as his proof text. Instead builds his doctrine of cessation from deductions based on Ephesians 2:20, “built upon the foundation of the apostles and prophets.”

One of the chief problems with the concept of the canon being “that which is complete,” is that Paul — and even more, his readers — would have had no understanding whatsoever of the concept of the New Testament canon. Thus the identity of “that which is perfect” as the canon wouldn’t have occurred to his readers. From an exegetical standpoint, I believe the “canon view” is indefensible.

Some Notes of Interest:

THE SPIRITUAL GIFTS- Evidence from the Church Fathers
I think it’s also noteworthy to point out that history repudiates the notion that the supernatural gifts ceased with the closing of the canon of Scripture at the end of the Apostolic age. For example, Justin Martyr, Tertullian, Irenaeus, Ambrose, and others actually mention the use of supernatural gifts like tongues and prophecy long after the first century. And, of course, the Reformers also believed that the gifts of the Spirit were in perpetuity, not to mention many church leaders who are still alive today. To claim that spiritual gifts are no longer operative is, in my opinion, to fly in the face of both historical and contemporary evidence.

THE SPIRITUAL GIFTS- “Irrevocable”
Scripture tells us that the “gifts and calling of God are irrevocable” (Romans 11:29).

We should note that Paul makes a distinction between the disappearance of the gifts of prophecy and knowledge and that of tongues. This is done using different Greek words and voices. With prophecy and knowledge, he used a word in the passive voice which meant “to be rendered inoperative.” Note also verse 9. But with tongues he used the middle voice and a word that meant “to cease.” The middle voice suggest that this gift would gradually die and disappear on its own. Probably because its primary purpose as a sign to the Jews (see chapter 14:20f) would cease after the fall of Jerusalem. This of course is debated.

Excerpts From the Mancow Muller Article:

Where We Go From Here

6th The Gifts and the Filling of the Spirit