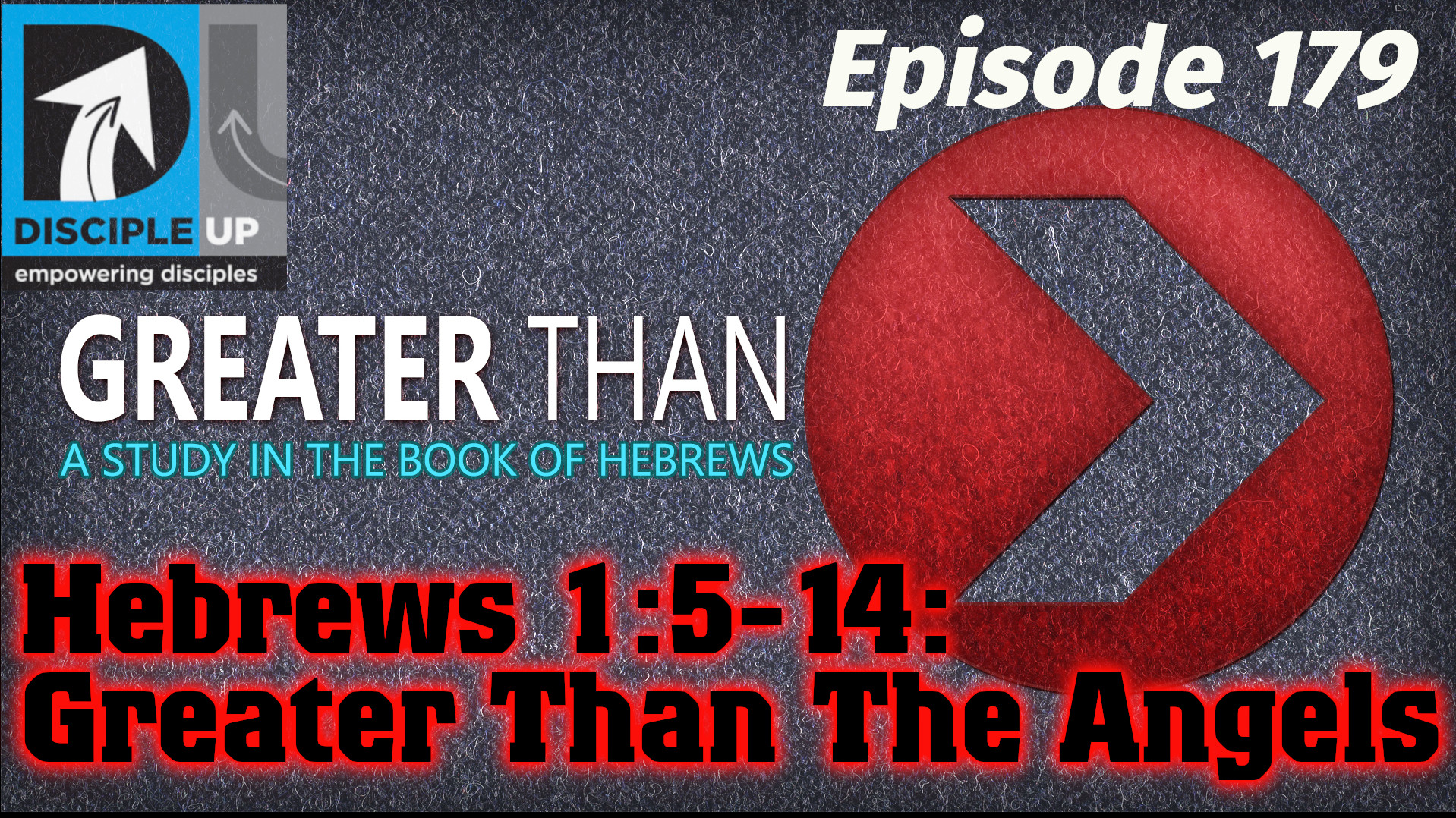 New Bible Study Software – Its not the same! No, push on, learn, grow, and discover new things.

Part Two: Greater Than the Angels

Why the whole Angels Thing?

“5For to which of the angels did God ever say, “You are my Son, today I have begotten you”? Or again, “I will be to him a father, and he shall be to me a son”?

“I myself have begotten thee” is figurative for God’s placing David’s Son, the heir of all things (v. 2), on his everlasting throne in the eternal kingdom. The inauguration of such a King is for Yahweh the begetting of a Son who rules like Yahweh himself. This inauguration is attested throughout the Old Testament and culminates, as Paul says in Acts 13:33, in the resurrection of Jesus. – Lenski, R. C. H. (1938). The interpretation of the Epistle to the Hebrews and of the Epistle of James (p. 46). Columbus, OH: Lutheran Book Concern.

6And again, when he brings the firstborn into the world, he says, “Let all God’s angels worship him.”

7Of the angels he says, “He makes his angels winds, and his ministers a flame of fire.”

9You have loved righteousness and hated wickedness; therefore God, your God, has anointed you with the oil of gladness beyond your companions.”

10And, “You, Lord, laid the foundation of the earth in the beginning, and the heavens are the work of your hands; 11they will perish, but you remain; they will all wear out like a garment, 12like a robe you will roll them up, like a garment they will be changed. But you are the same, and your years will have no end.”

13And to which of the angels has he ever said, “Sit at my right hand until I make your enemies a footstool for your feet”?

14Are they not all ministering spirits sent out to serve for the sake of those who are to inherit salvation?” (Hebrews 1:5–14, ESV) 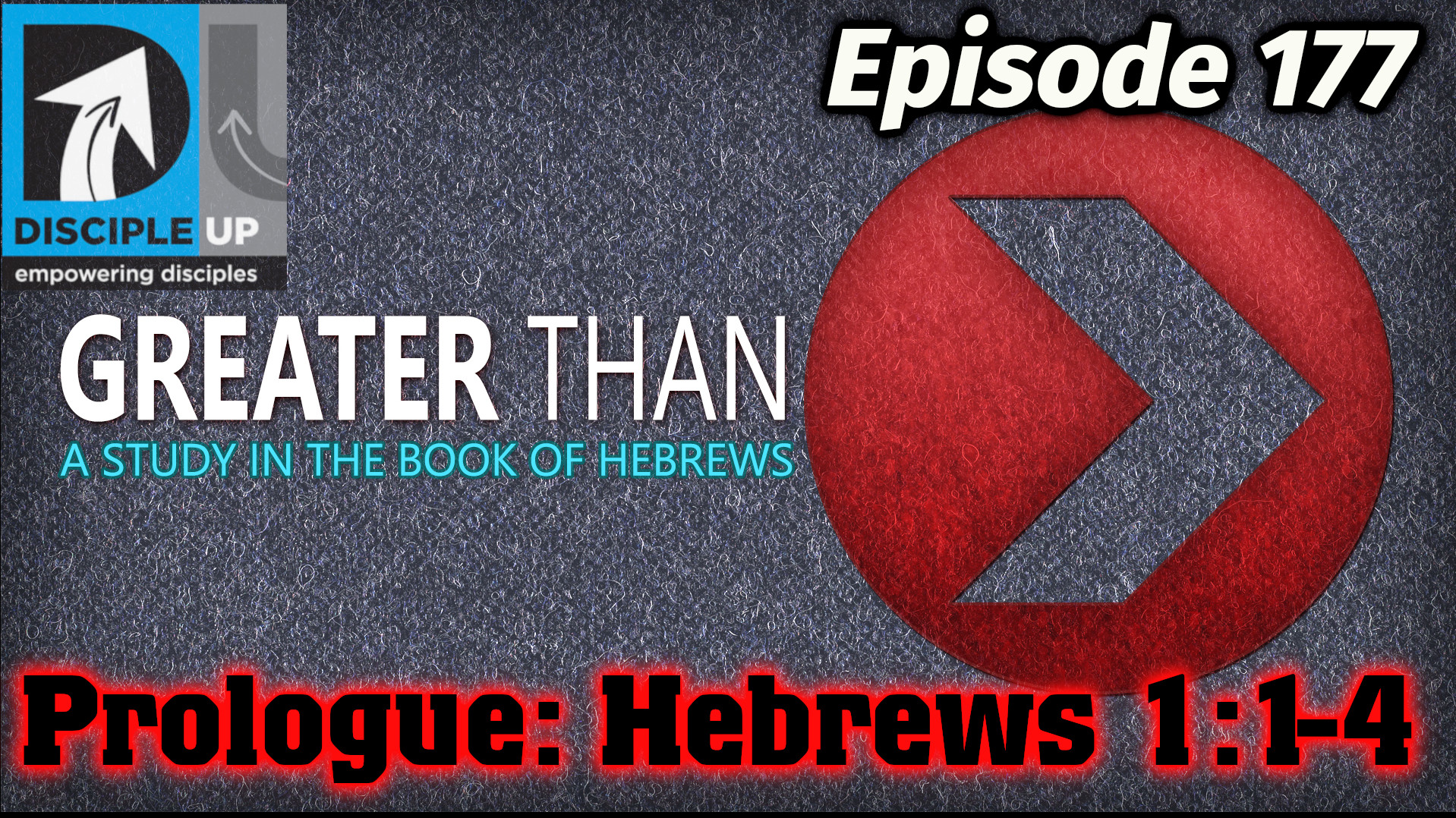 1  Long ago, at many times and in many ways, God spoke to our fathers by the prophets, 2  but in these last days he has spoken to us by his Son, whom he appointed the heir of all things, through whom also he created the world. 3  He is the radiance of the glory of God and the exact imprint of his nature, and he upholds the universe by the word of his power. After making purification for sins, he sat down at the right hand of the Majesty on high, 4  having become as much superior to angels as the name he has inherited is more excellent than theirs. Hebrews 1:1-4 (ESV)

1  Long ago,  – God has been communicating with mankind for a long, long time, nothing new about it.

at many times – He didn’t do it all at once but scattered the prophets and others throughout Israel’s history.

and in many ways,

This refers to the difference of the various revelations in contents and form. Not the different ways in which God imparted his revelations to the prophets, but the different ways in which he spoke by the prophets to the fathers: in one way through Moses, in another through Elijah, in others through Isaiah, Ezekiel, etc. At the founding of the Old Testament kingdom of God, the character of the revelation was elementary. Later it was of a character to appeal to a more matured spiritual sense, a deeper understanding and a higher conception of the law. The revelation differed according to the faithfulness or unfaithfulness of the covenant-people.   Vincent – Word Studies in the New Testament.

10  so that through the church the manifold wisdom of God might now be made known to the rulers and authorities in the heavenly places. Ephesians 3:10 (ESV)

A very striking phrase. The adjective occurs only here, and means variegated. It is applied to pictures, flowers, garments. Ποίκιλον is used in the Septuagint of Joseph’s coat, Genesis 37:3. Through the Church God’s wisdom in its infinite variety is to be displayed—the many-tinted wisdom of God—in different modes of power, different characters, methods of training, providences, forms of organization,   Vincent – Word Studies in the New Testament.

God spoke to our fathers by the prophets,

“In many ways.” Adverb from old adjective polutropos, in Philo, only here in N.T. The two adverbs together are “a sonorous hendiadys for ‘variously'” (Moffatt) as Chrysostom (diaphorōs). God spoke by dream, by direct voice, by signs, in different ways to different men (Abraham, Jacob, Moses, Elijah, Isaiah, etc.). –  Robertson – Word Pictures in the New Testament.

2  but in these last days

Yes, we are living in the Last days and have been for over 2000 years.

he has spoken to us by his Son,

Hath spoken (elalēsen). First aorist indicative of laleō, the same verb as above, “did speak” in a final and full revelation – Robertson – Word Pictures in the New Testament.

Note the absence of the article. Attention is directed, not to Christ’s divine personality, but to his filial relation. While the former revelation was given through a definite class, the prophets, the new revelation is given through one who is a son as distinguished from a prophet. He belongs to another category. The revelation was a son-revelation. See 2:10-18. Christ’s high priesthood is the central fact of the epistle, and his sonship is bound up with his priesthood… – Vincent – Word Studies in the New Testament.

whom he appointed the heir of all things,

Heir of all things (klēronomon pantōn). See Mark 12:6 for ho klēronomos in Christ’s parable, perhaps an allusion here to this parable (Moffatt). The idea of sonship easily passes into that of heirship (Galatians 4:7; Romans 8:17). See the claim of Christ in Matthew 11:27; Matthew 28:18 even before the Ascension. –  Robertson – Word Pictures in the New Testament.

through whom also he created the world. Hebrews 1:2 (ESV)

3  He is the radiance of the glory of God and the exact imprint of his nature,

The word apaugasma, late substantive from apaugazō, to emit brightness (augē, augazō in 2 Cor. 4:4), here only in the N.T., but in Wisd. 7:26 and in Philo. It can mean either reflected brightness, refulgence (Calvin, Thayer) or effulgence (ray from an original light body) as the Greek fathers hold. Both senses are true of Christ in his relation to God as Jesus shows in plain language in John 12:45; John 14:9. “The writer is using metaphors which had already been applied to Wisdom and the Logos” (Moffatt). The meaning “effulgence” suits the context better, though it gives the idea of eternal generation of the Son (John 1:1), the term Father applied to God necessarily involving Son. See this same metaphor in 2 Cor. 4:6. – Word Pictures in the New Testament.

Charaktēr is an old word from charassō, to cut, to scratch, to mark. It first was the agent (note ending = tēr) or tool that did the marking, then the mark or impress made, the exact reproduction, a meaning clearly expressed by charagma (Acts 17:29; Rev. 13:16-17). Menander had already used (Moffatt) charaktēr in the sense of our “character.” The word occurs in the inscriptions for “person” as well as for “exact reproduction” of a person. The word hupostasis for the being or essence of God “is a philosophical rather than a religious term” (Moffatt). – Word Pictures in the New Testament.

and he upholds the universe by the word of his power.

Rend. maintaining. Upholding conveys too much the idea of the passive support of a burden. “The Son is not an Atlas, sustaining the dead weight of the world” (quoted by Westcott). Neither is the sense that of ruling or guiding, as Philo (De Cherub. § 11), who describes the divine word as “the steersman and pilot of the all.” It implies sustaining, but also movement. It deals with a burden, not as a dead weight, but as in continual movement; as Weiss puts it, “with the all in all its changes and transformations throughout the aeons.” It is concerned, not only with sustaining the weight of the universe, but also with maintaining its coherence and carrying on its development. – Word Studies in the New Testament.

After making purification for sins, he sat down at the right hand of the Majesty on high

indicates that the work of purification was done by Christ personally, and was not something which he caused to be done by some other agent. – Word Studies in the New Testament.

Comp. Psalm 110:1, 8:1; 10:12; 12:2; Ephesians 1:20; Revelation 3:21. The verb denotes a solemn, formal act; the assumption of a position of dignity and authority The reference is to Christ’s ascension. In his exalted state he will still be bearing on all things toward their consummation, still dealing with sin as the great high priest in the heavenly sanctuary – Word Studies in the New Testament.

20  that he worked in Christ when he raised him from the dead and seated him at his right hand in the heavenly places, Ephesians 1:20 (ESV)

4  having become as much superior to angels

The informal and abrupt introduction of this topic goes to show that the writer was addressing Jewish Christians, who were familiar with the prominent part ascribed to angels in the O.T. economy, especially in the giving of the law. – Word Studies in the New Testament.

as the name he has inherited is more excellent than theirs

The comparative only in Hebrews. In the sense of more excellent, only in later writers. Its earlier sense is different. The idea of difference is that which radically distinguishes it from κρείττων better. Here it presents the comparative of a comparative conception. The Son’s name differs from that of the angels, and is more different for good. – Word Studies in the New Testament.