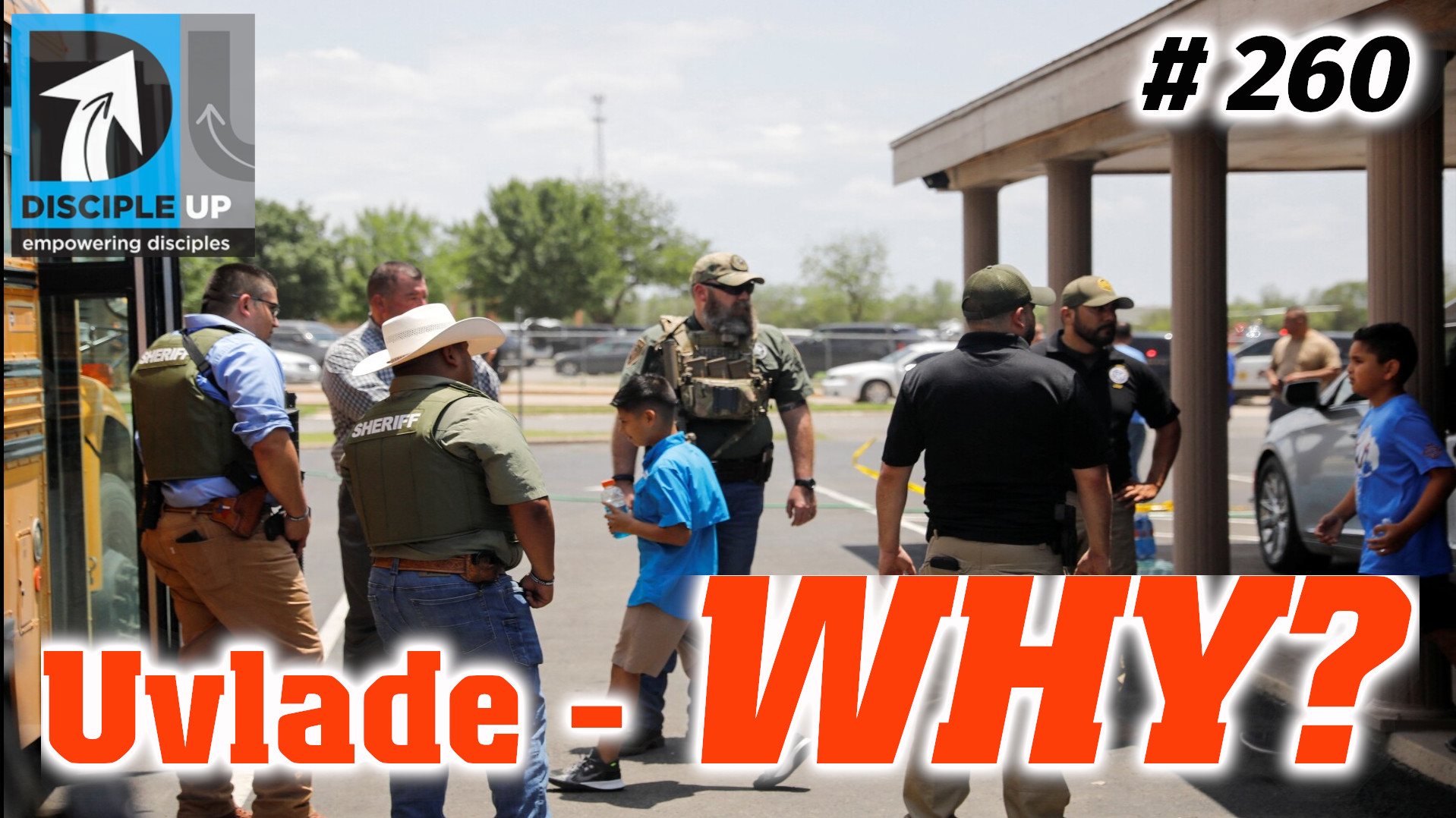 “18Woe to those who draw iniquity with cords of falsehood, who draw sin as with cart ropes, 19who say: “Let him be quick, let him speed his work that we may see it; let the counsel of the Holy One of Israel draw near, and let it come, that we may know it!” 20Woe to those who call evil good and good evil, who put darkness for light and light for darkness, who put bitter for sweet and sweet for bitter! 21Woe to those who are wise in their own eyes, and shrewd in their own sight! 22Woe to those who are heroes at drinking wine, and valiant men in mixing strong drink, 23who acquit the guilty for a bribe, and deprive the innocent of his right!” (Isaiah 5:18–23, ESV)

“30take care that you be not ensnared to follow them, after they have been destroyed before you, and that you do not inquire about their gods, saying, ‘How did these nations serve their gods?—that I also may do the same.’ 31You shall not worship the Lord your God in that way, for every abominable thing that the Lord hates they have done for their gods, for they even burn their sons and their daughters in the fire to their gods. 32“Everything that I command you, you shall be careful to do. You shall not add to it or take from it.” (Deuteronomy 12:30–32, ESV)

“7“Blessed is the man who trusts in the Lord, whose trust is the Lord. 8He is like a tree planted by water, that sends out its roots by the stream, and does not fear when heat comes, for its leaves remain green, and is not anxious in the year of drought, for it does not cease to bear fruit.” 9The heart is deceitful above all things, and desperately sick; who can understand it? 10“I the Lord search the heart and test the mind, to give every man according to his ways, according to the fruit of his deeds.”” (Jeremiah 17:7–10, ESV)

“28And since they did not see fit to acknowledge God, God gave them up to a debased mind to do what ought not to be done. 29They were filled with all manner of unrighteousness, evil, covetousness, malice. They are full of envy, murder, strife, deceit, maliciousness. They are gossips, 30slanderers, haters of God, insolent, haughty, boastful, inventors of evil, disobedient to parents, 31foolish, faithless, heartless, ruthless. 32Though they know God’s righteous decree that those who practice such things deserve to die, they not only do them but give approval to those who practice them.” (Romans 1:28–32, ESV)

“1I appeal to you therefore, brothers, by the mercies of God, to present your bodies as a living sacrifice, holy and acceptable to God, which is your spiritual worship. 2Do not be conformed to this world, but be transformed by the renewal of your mind, that by testing you may discern what is the will of God, what is good and acceptable and perfect.” (Romans 12:1–2, ESV) 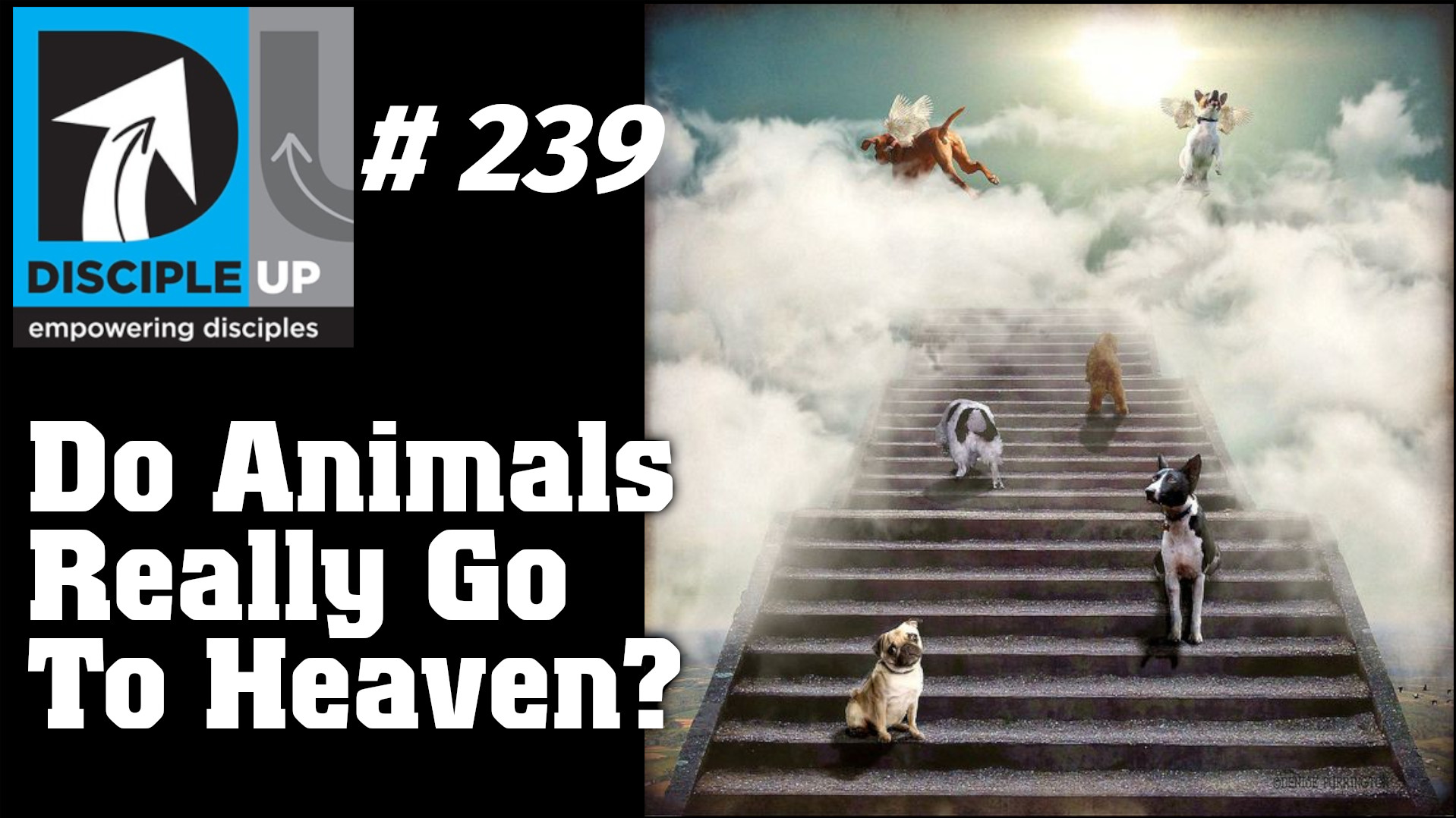 Articles I’m Using In This Episode: 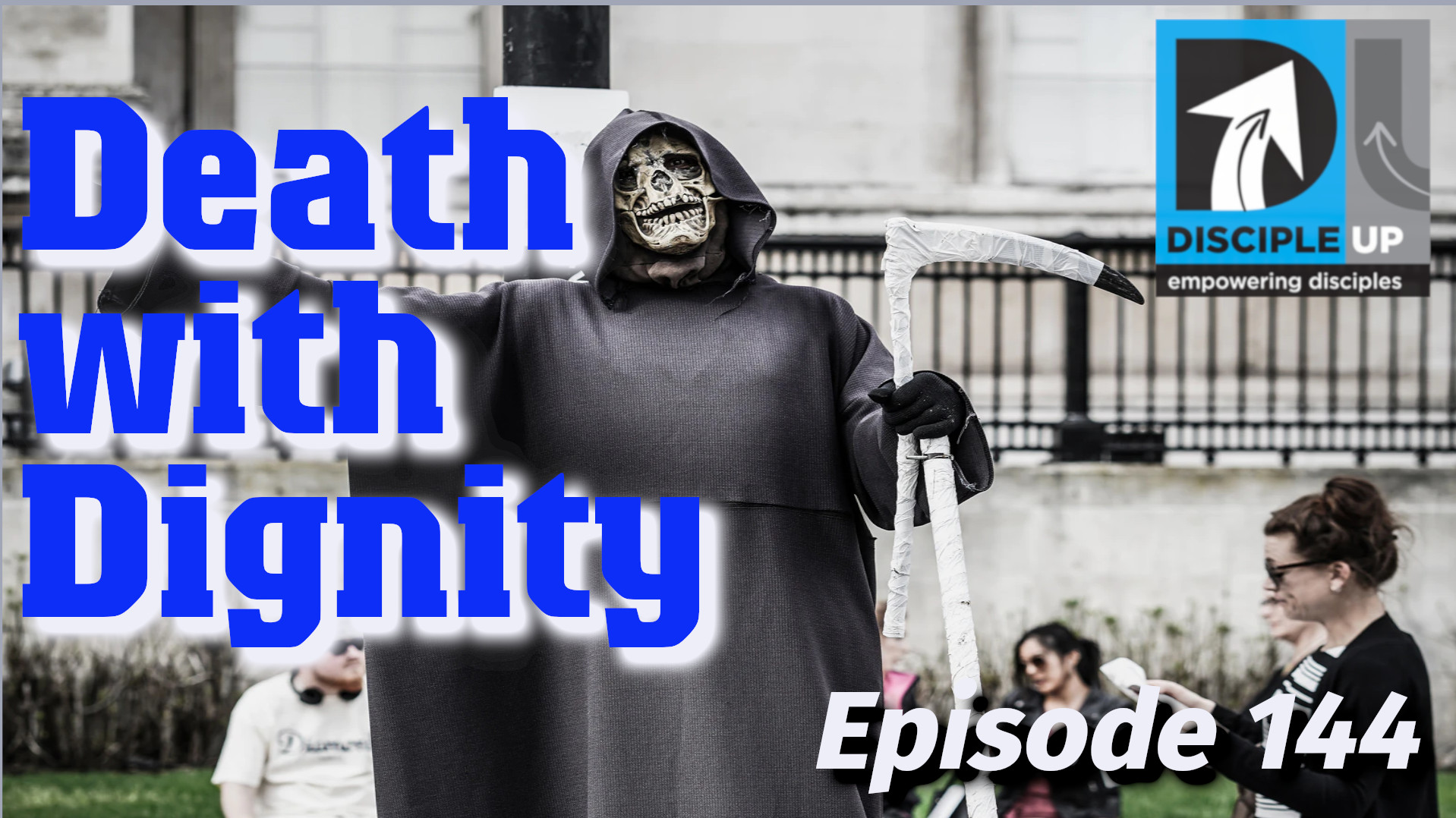 Over the course of my ministry I’ve seen more than a few people die. I remember years ago watching a friend of mine pass and that’s when I first began to ponder the phrase, “Death with Dignity.” I want to make clear that the hospice workers were great! The place was clean, very nice and had everything someone whose terminal could need.

I’ve had several people in my church who do hospice work, and I admire them very much. They do something that most people, including myself, don’t want to do and probably wouldn’t be very good at. And hospice was invaluable to my family during my Father’s and Mother’s passing as well.

God bless them for providing this wonderful and loving service to the community and to those who have such a great need for it.

Years ago I visited a friend who was in a hospice facility in the Phoenix area and would die soon. What struck me as I watched my friend lying there, obviously in the last stages of life, was a phrase that I’ve heard a lot of in the last several years. It’s a phrase that sounds good, but in that moment I felt as though I seeing through it.

The phrase is, “death with dignity.”

I didn’t see any dignity in that room, or the other rooms I passed by that day. I saw someone who was emaciated, alone, and very sad looking, slowly passing his final hours on this earth. Someone who probably wasn’t even aware he was there, much less aware of me.

In spite of that I talked to him and touched him and read Scripture to him and prayed for him. But in all of that I saw no dignity.

I thought about that all weekend and have continued to ponder it. You hear that term used a lot from people who approach life from what I believe is a non-biblical perspective. They tell us that death is just a part of life, it’s a natural close to the cycle of life that we are all part of, and therefore is beautiful when it can be done peacefully and without much pain or discomfort.

Many Christians buy into that, I mean it sounds good and noble and can be comforting if you accept the premise of the statement – that death is a natural part of life.

I don’t accept that premise – and neither does the Bible.

For as in Adam all die, so in Christ all will be made alive. But each in his own turn: Christ, the first fruits; then, when he comes, those who belong to him. Then the end will come, when he hands over the kingdom to God the Father after he has destroyed all dominion, authority and power. For he must reign until he has put all his enemies under his feet. The last enemy to be destroyed is death. 1 Corinthians 15:22-26 (NIV)

Paul tells us here that while death became the order of the day after Adam and Eve fell – it wasn’t intended to be that way from the beginning. That’s why I believe all human cultures have rebelled against death. They either fear it or try and deny it and all have some form of belief in an afterlife because human beings were not made to die, but to live forever with their Maker.

He also shows us that death is an enemy! It’s not a friend; it’s not a natural end of the life cycle and therefore a wonderful, beautiful thing. Its evil, it’s destructive and painful and was not in God’s plan for the ages. Which is why in the end, death will be destroyed. It’s such a great enemy of God that it will be the last one to fall before Him, but fall it will!

But when this corruptible shall have put on incorruption, and this mortal shall have put on immortality, then shall come to pass the saying that is written, Death is swallowed up in victory. O death, where is thy victory? O death, where is thy sting? The sting of death is sin; and the power of sin is the law: but thanks be to God, who giveth us the victory through our Lord Jesus Christ. 1 Corinthians 15:54-57 (ASV)

You see sin and death both came into the world at the same time, as part of God’s curse upon mankind and the universe we live in after the fall. As Paul writes, You know the story of how Adam landed us in the dilemma we’re in—first sin, then death, and no one exempt from either sin or death. Romans 5:12 (MSG)

So sin and death are partners in this fallen world we live in as we see in Romans. For the wages of sin is death, but the gift of God is eternal life in Christ Jesus our Lord. Romans 6:23 (NIV)

But God has overcome both of these evil twins through the death, burial and resurrection of Christ from the grave! It is in Him and through Him that we find the victory we need over these two things.

So then the Christian approach to physical death is that we are only temporarily submitting to a remnant of the fall. For we shall rise again and live again just as our Lord Jesus has already done.

Jesus goes even further than that in John’s gospel when He tells us that in a real sense believers in Him cannot die at all!

But here is the bread that comes down from heaven, which a man may eat and not die. I am the living bread that came down from heaven. If anyone eats of this bread, he will live forever. This bread is my flesh, which I will give for the life of the world.” John 6:50-51 (NIV)

To eat the living bread means to accept Christ into our lives and become united with him. We are united with Christ in two ways: (1) by believing in his death (the sacrifice of his flesh) and resurrection and (2) by devoting ourselves each day to living as he requires, depending on his teaching for guidance, and trusting in the Holy Spirit for power. Just as the Jews depended on bread for daily strength and relished it as a main part of their diet, so we should depend on and desire the living Christ in our daily lives.—Life Application Concise New Testament Commentary

Since the word death’s basic meaning in Greek is separation you can begin to understand that we actually cannot die in Christ because death cannot separate us from Him, and in Him we are spiritually linked to all believers, living and dead!

Who shall separate us from the love of Christ? Shall trouble or hardship or persecution or famine or nakedness or danger or sword? As it is written: “For your sake we face death all day long; we are considered as sheep to be slaughtered.” No, in all these things we are more than conquerors through him who loved us. For I am convinced that neither death nor life, neither angels nor demons, neither the present nor the future, nor any powers, neither height nor depth, nor anything else in all creation, will be able to separate us from the love of God that is in Christ Jesus our Lord. Romans 8:35-39 (NIV)

So in Christ death is conquered once and for all, and even though our bodies will die short of the Lord’s return, we do not and cannot die because of Christ’s life in us! Though His life and the Holy Spirit, we are linked together as one Body of Christ!

Thoughts on Death with Dignity.